In 2013, Cousin Odessa died at age 98. The same year, a chance encounter with a previously unknown cousin, Debra Perry Sturdivant, rekindled our desire to know our people. 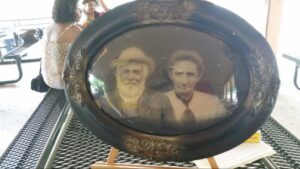 In June 2014, the first Richardson Cousins Reunion was held in Monroe, North Carolina. Cousins came from North Carolina, South Carolina and Georgia. Many knew only one side — either the maternal or paternal — of their ancestors. This reunion shed light on the missing ancestors. Our second great grandparents, Robert and Pollie Starnes Richardson, had ten children. Listed in the 1880 Census for Chesterfield, South Carolina, are Amanda, Wes, Emmer, John, and Lilly. In the 1900 Census, Mollie, Rebeccah, Roland, James, and Girlie (Frances).

This gathering was an opportunity for descendants, to connect. We secured the Belk Tonawanda Park in Monroe at no cost and asked everyone to bring their own lunch since we didn’t have funds to feed what we hoped would be a large crowd. The three of us who were hosting, brought enough food to share with additional family members. 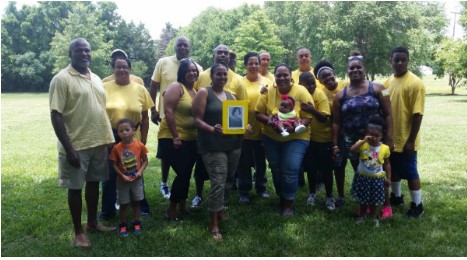 We had five colored folders and each had a photo of that ancestor. We still had no photos of James, Wesley, Amanda, Emma, or Mollie. By the end of the day, we had promises of photos from the descendants of Emma and Mollie. We laughed and hugged and shared stories and phone numbers and email addresses. The oldest cousin was 82-year old Ruby Doris White, daughter of Will and Mollie Richardson White. 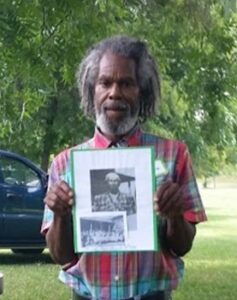 Excitedly, we agreed that once was not enough. The next year would be even better. By 2015, we needed a larger venue, so Cane Creek was selected for 2016, 2017, 2018 and 2019. There were more cousins in yellow shirts (Lillie) in 2014 and 2015. Then the blue shirts (Frances) increased their numbers. The red shirts (my family’s color) will never exceed the attendance of either Lillie or Frances because of the small numbers of children borne into the John Robert Richardson family. 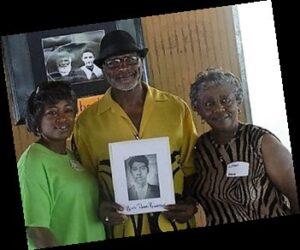 Meanwhile in 2018, two of the descendants of Wesley attended and we secured photos from a great granddaughter. By this year’s 2019 reunion, we had connected with the descendants of nine of Robert and Pollie’s children, with photos of eight of them.  We also added a descendant of Amanda, Maurice Blakeney, who finally attended along with two family members.

In the last five years, we, the Richardson Cousins, have added quite a number of limbs to the family tree.