These are giveaways and contests whose prizes are money, services or products for reunions. We urge you to read the detailed rules and requirements, on individual contest web pages linked here. Look particularly for the number of entries you are allowed to submit; some are one only but many others can be entered once a day. Urge your reunion members to enter also to increase your chances of winning. Finally, if you win, please let us know and better yet, send a picture of your prize reunion. We'll celebrate by posting your good news on this page. 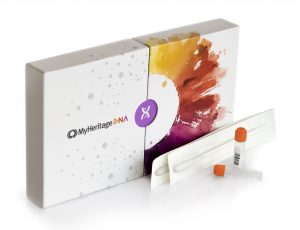 DEADLINE: January 28, 2021 Games grownups play! Games to play at your reunion (whether on Zoom or in person)! Games for reunion prizes. Games for fun and intrigue and laughter. Four games for each winner from Goliath Games/Pressman Toy Company: May Cause Side Effects, Unsolved Case Files, Friend or Faux and OK Boomer! ($96 value). Click here to enter! 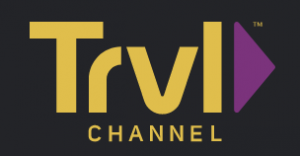 DEADLINE: February 25, 2021 Games grownups play! Games to play at your reunion (whether on Zoom or in person)! Games for reunion prizes. Games for fun and intrigue and laughter. Four games for each winner from Goliath Games/Pressman Toy Company: May Cause Side Effects, Unsolved Case Files, Friend or Faux and OK Boomer! ($96 value). Click here to enter!

Games grownups play! Games to play at your reunion (whether on Zoom or in person)! Games for reunion prizes. Games for fun and intrigue and laughter. Four games for each winner from Goliath Games/Pressman Toy Company: May Cause Side Effects, Unsolved Case Files, Friend or Faux and OK Boomer! ($96 value). Click here to enter!

Ever wonder if reunions really win these contests? Read on...

And the winners are …. 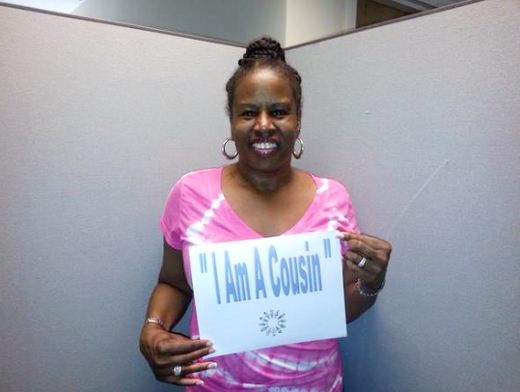 Congratulations to Diane, winner of our HomeAway "I Am A Cousin" Twitter Contest! Her winning photo is shown to the right. 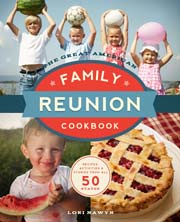 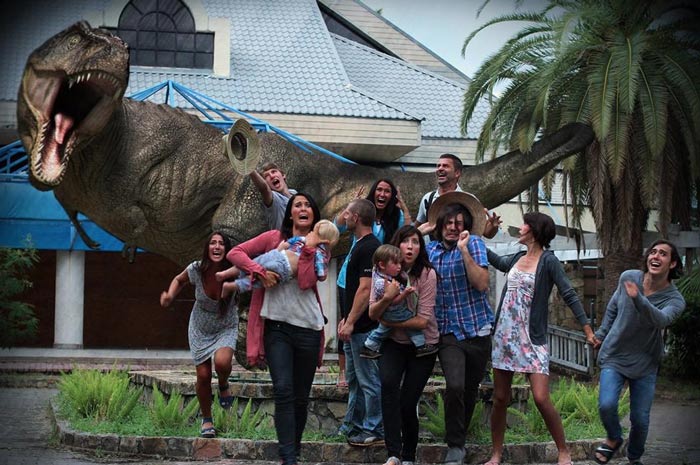 Winner of HomeAway's $5000 vacation home rental.
Entries included a picture and brief story about the family entering.
The winner, Arielle Ludwig, wrote this caption: Our family went to St Thomas 2 years ago and stayed at a condo that was next to a creepy abandoned resort.. We kept saying it looked like a scene from Jurassic Park. So we decided to take a picture and added a T Rex in the background.

REUNION WINNER HEADED TO BIRMINGHAM
Natalie Kyles, East Lansing, Michigan, is the winner of the "Reunion to Remember," sponsored by Birmingham Coca-Cola, the Sheraton Birmingham, Jim 'N Nick's Barbeque, and the Greater Birmingham Convention & Visitors Bureau. Valued at $10,000, the prize package includes 20 rooms for two nights at the Sheraton Hotel Birmingham and a barbecue feast for 50 catered by Jim 'N Nick's Community Bar-B-Q. Coca Cola will provide beverages and the CVB will outfit the crew in Birmingham t-shirts. 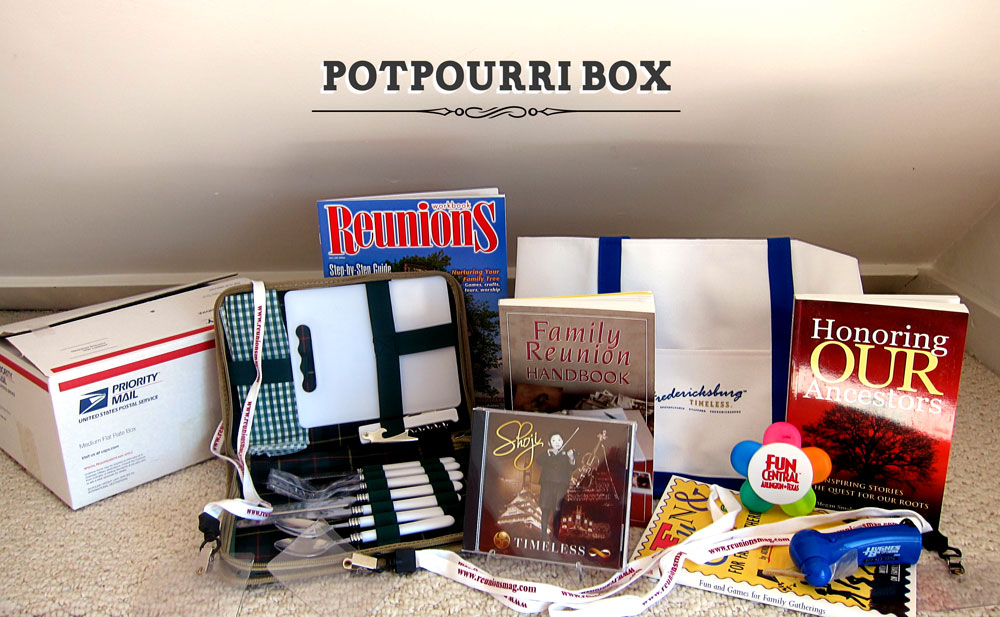 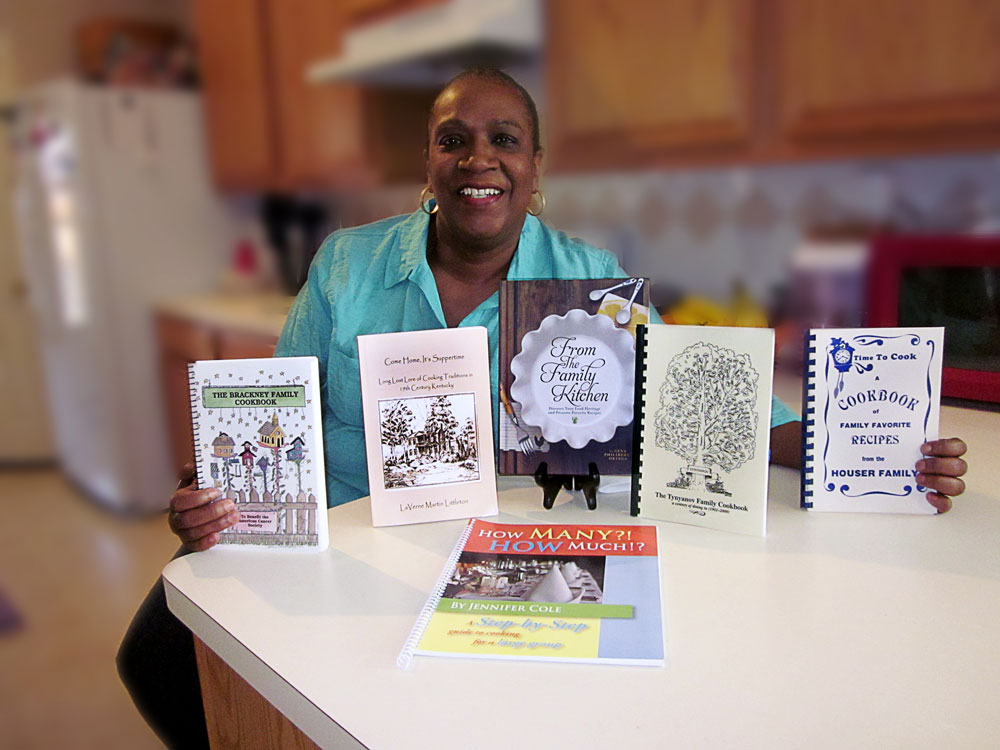 Hattie George, Cedar Hill, Texas, of the Cooper-Bledsoe Family Reunion won our Cookbook Giveaway. Three of the six books were from other family reunions and Hattie reported that her family is doing a cookbook for their summer reunion! Congratulations, Hattie!

$20,000 family reunion prize from Smucker's
Carmell C. of Provo, UT, won the fourth annual Spreading Smucker's Traditions Recipe and Essay Contest. Her winning recipe was inspired by a treasured dish her mother made for Sunday night dinners. Her unique twist on an old favorite has become a new family tradition which she refers to as a "celebration of family and good times."

Carmell won the $20,000 grand prize to host a family reunion and $1,000 to enlist a personal planner to help with the details. Four runners-up each received a Smucker's gift basket for their delicious recipe. Check for new contests, giveaways and promotions.

Another big winner!
Alexander Wilson of Raleigh NC won a $20,000 cash prize for a family reunion in the Concannon Vineyards - Family First Sweepstakes 2011.

$10,000 reunion prizes
Monique MacGregor won a $10,000 family reunion as part of New Zealand's Anchor's store's 125-year celebrations. Monique wrote that her family had reunions long ago. "We usually have a hangi (traditional cooking method), go to the cemetery to pay our respects, clean their graves, play sports and go swimming and horse riding." Monique is planning for the extended family – all 140 of them – to get together over Christmas.
Each of ten winners will receive a family reunion up to the value of $10,000.

The winners include a group of 41 moms who met on an online forum two years ago, a family of brothers and sisters who were adopted and have never met, and a family detective tracking their family tree.

YMCA of the Rockies sweepstakes winner
The latest winner is from the YMCA of the Rockies, Estes Park, Colorado, where an essay was required for entry. Joan from Slidell, Louisiana, won a family reunion for up to 30 people, 10 lodge rooms, two night stay and breakfast daily. After hurricane Katrina, Joan's family was forced to move farther apart and their planned reunion had to be canceled. Years later, Joan looks forward to her family reuniting at the YMCA of the Rockies and creating new family memories.

Family Tree Magazine and MyHeritage.com's Family Reunion contest winner is Patricia Skubis, Madison, Wisconsin, whose reunion is with her fourth cousin once removed, Brigit Mose, who visited from Denmark. Patricia's Danish family immigrated to the US in 1888. Patricia's account of how her discovery finally happened will appear in Family Tree Magazine. Runners-up were Linda Mehlinger, whose mystery photo of a lady and five schoolgirls in a rickshaw being pulled by a Zulu warrior led to the discovery of a cousin in South Africa who had pictures of the same people and Pam Ingermanson, whose Norwegian ancestors settled in Idaho lost touch with family who ended up in Ohio. 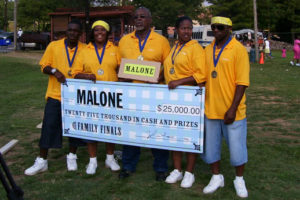 The Malone Family Reunion was a winner of TVOne's Family Reunion show:
Games and competitions among family reunions.
As you can see, the family treasury just got a $25,000 boost!

Verizon Wireless winners
The Lathern-Holt Family Reunion of Hawthorne, California, won Verizon Wireless “It's A Family Affair” contest for up to 100 members. The all-expenses paid family reunion is valued at $20,000.

Congratulations Holy Rosary Academy, Union City NJ, Class of 1989!
Thanks to Patty Villegas for entering the reunion video contest, sponsored by Reunions magazine. The class received $100 for their reunion treasury. 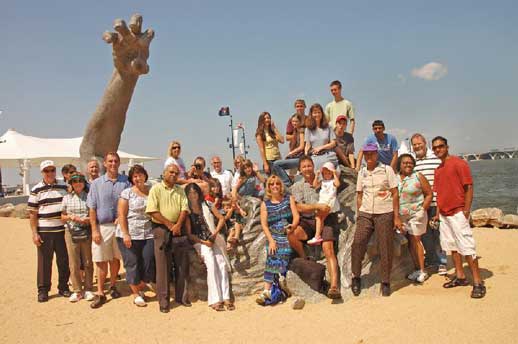 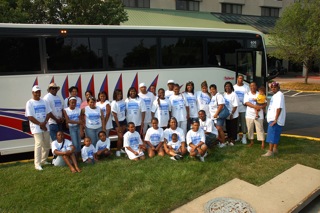