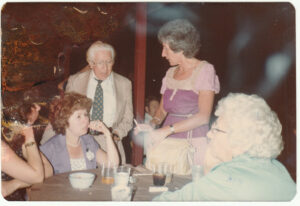 A Koslowitz Family Circle meeting, circa 1972. The man in the center is Louis Kavkewitz, the first of his family to arrive in the US from Poland in about 1910.

I have a dilemma. The Koslowitz Family Foundation – which we called the family circle – assumes that it is in charge of my body’s ultimate fate.

Call me crazy, but I want to be in charge of my body’s ultimate fate.

I’ve attended many funerals over the years and formulated strong personal feelings about what happens to us after we’re gone and I think I may actually want to be cremated. But that’s something the Koslowitz Family Foundation never wants to hear.

Like most family circles of its kind, mine spent much of its time and resources helping members when loved ones passed away. It reserves land at a cemetery in central New Jersey and has always helped with arrangements and finances. 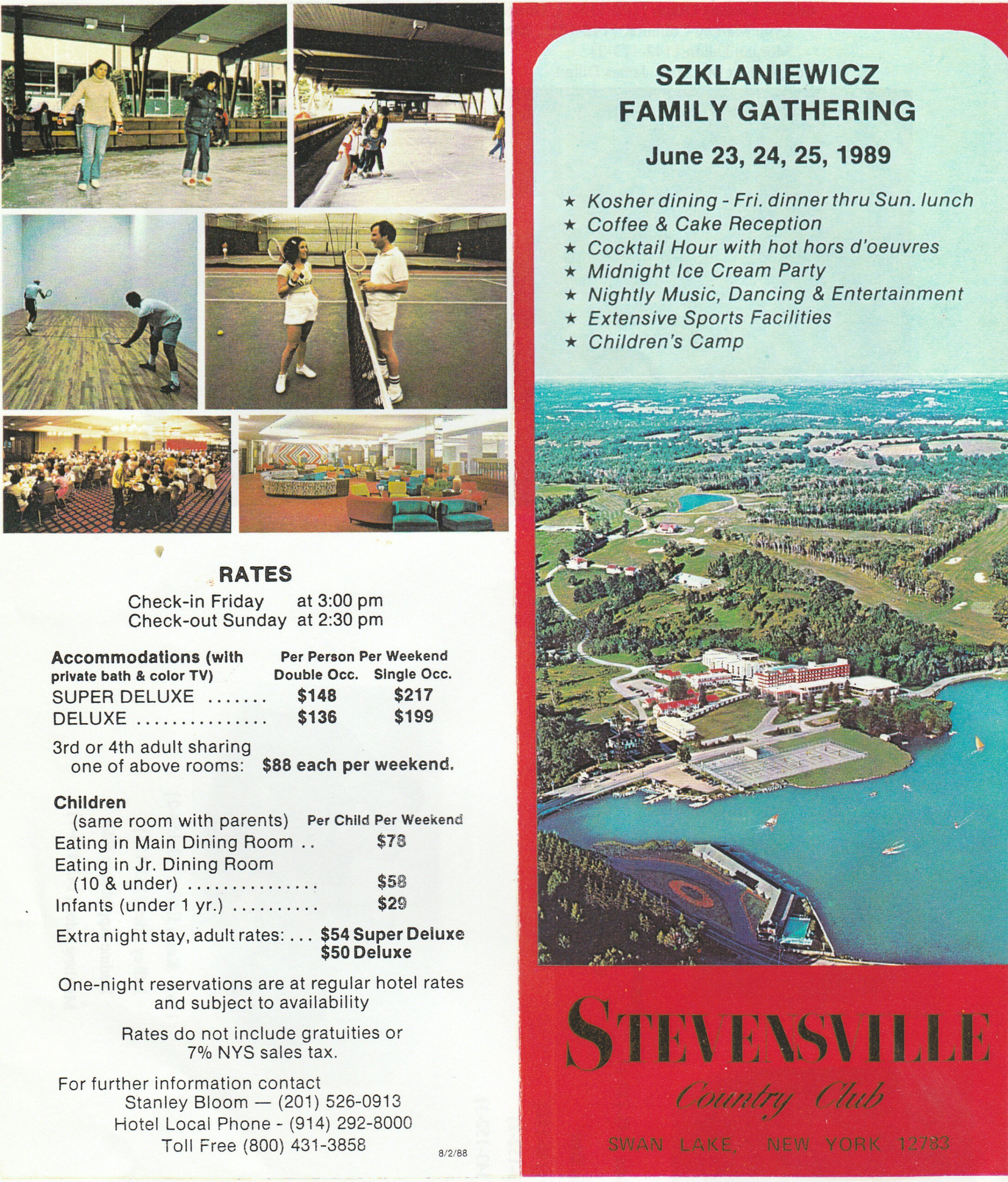 The Koslowitz Family Foundation was part of a larger family group called the Szklaniewicz family. In 1989 hundreds of members gathered in the Catskill Mountains for a weekend reunion. Here’s a promotional poster from the hotel.

It gives me no pleasure to shake that venerable Foundation down to its very foundation, as I know I do whenever I complain about its attentiveness to funerals and cemeteries. After all, I still respect that ragtag band of distant relatives comprised of first, second and third cousins, and plenty of great uncles and great aunts. We’ve had some great times. How can I ever forget the reunion we had several years ago at a place called the Stevensville Hotel high up in the Catskill Mountains? My grandmother won an award as the oldest relative there. Not everyone gets to win awards like that. I was a young reporter at the time and interviewed people for an article. That proved to me that sometimes you have to work hard at being objective in order to see through the personality traits you grew up hearing about from other relatives who weren’t so objective.

Anyway, that’s just one of many countless lovely memories from all the picnics, parties, luncheons and dinners that my Family Circle sponsored throughout my childhood. Endless food. Lots of unintentional humor from older relatives whose Yiddish-inflected whining sounded more like comedy routines than whining. Plenty of ego-boosting attention from great aunts who thought I was so cute and talented. Ahh – the good old days. 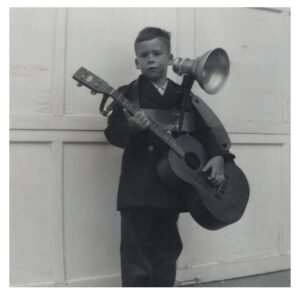 “Joely, sing If I Were a Rich Man again,” urged Aunt Bertha at almost every Family Circle event. “Sing Where is Love like you did last time, Joely,” pleaded Aunt Betty. (It’s important to note that out of the mouths of all my mother’s aunts, Joely was three syllables long.) “Oh, Joely, please tell that joke again about the dog and the postage stamp,” insisted Aunt Yetta. To listen to them you’d think I’d have had my own variety show to rival Dean Martin and Red Skelton.

“You’re in a play at school?” Aunt Rose would ask. “Good. But don’t grow up to be an actor. You know what I call them? Yaakters. Not actors. Yaakters. So promise me you won’t become a yaakter, because you’re too good and too nice for that.” It’s 50 years later and I still don’t know what a yaakter is.

There was always much music and joking and complaining and gossiping—and yes, cemetery committee meetings. I guess that’s when my aversion to the topic first began. There were too many other things to enjoy in life. Why interrupt it with arguments about perpetual care? 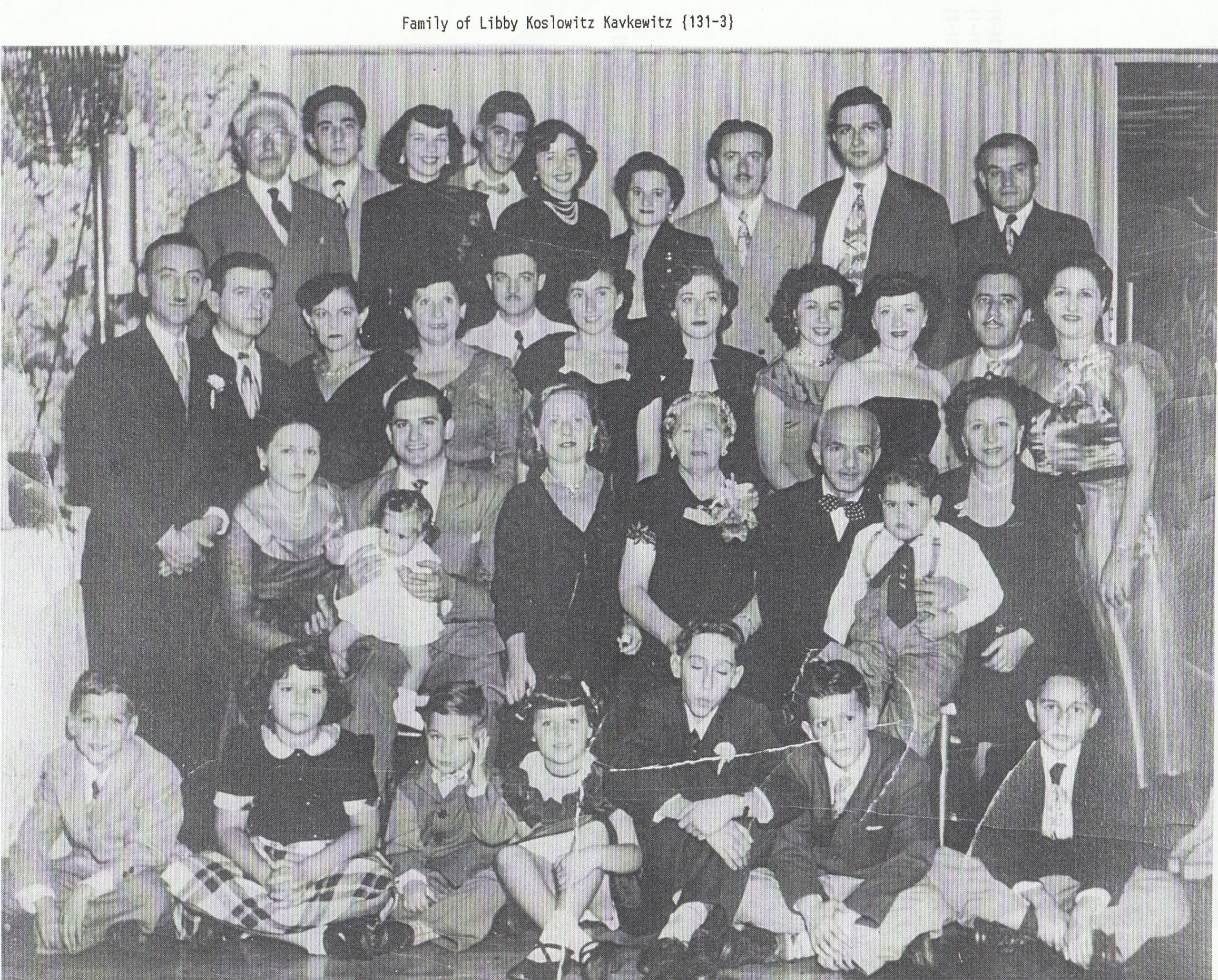 The large Kavfewitz contingent of the Koslowitz Family Foundation–about eight years before I was born (circa 1949). That’s Uncle Louis top left, without whom there probably would not have been a family circle.

The Koslowitz Family Circle has been around for more than 90 years. I happen to be the grandson of one of the founding members, son of a former president, and brother-in-law of a recent cemetery chairman. Speaking out against funerals and cemeteries, in a way, made me the black sheep of the family. By itself, that’s not such a bad thing. I have to do something different for the sake of individuality. After all, I’m now a novelist and playwright. In fact, my new novel, Blowin’ in the Wind, which takes place in the 1960s, has an extended scene early on that takes place at a hotel in the Catskill Mountains at which the (fictional) Lebitz Family Foundation holds a reunion. The main character, a boy named Daniel, struggles with a changing world and shifting priorities, but does not have the best time during that particular summer vacation. He does end up with many fond memories he knows he’ll use in some way as time goes by.

Daniel doesn’t speak out in Blowin’ in the Wind about what’s on his mind the way I do in real life. He just lets fate take control which eventually leads him to a dramatic encounter with Bob Dylan in Greenwich Village.

My own opinions, I’m sad to say, have gotten decidedly stronger as the Family Circle has gotten inevitably older. In fact, I struggle now with whether or not there’s even a need for a Family Circle anymore. The extended families on which such foundations were built no longer play the same roles they did a half century ago. Today, instead of extending four or five city blocks, families extend for miles, sometimes even states or continents. Also, the assimilation is complete; we no longer need family circles to help us get along in the New World. It’s not so new to us. Some of us in the third generation are simply more free thinking, more impatient to move on, more pressured for time. Even more irreverent. 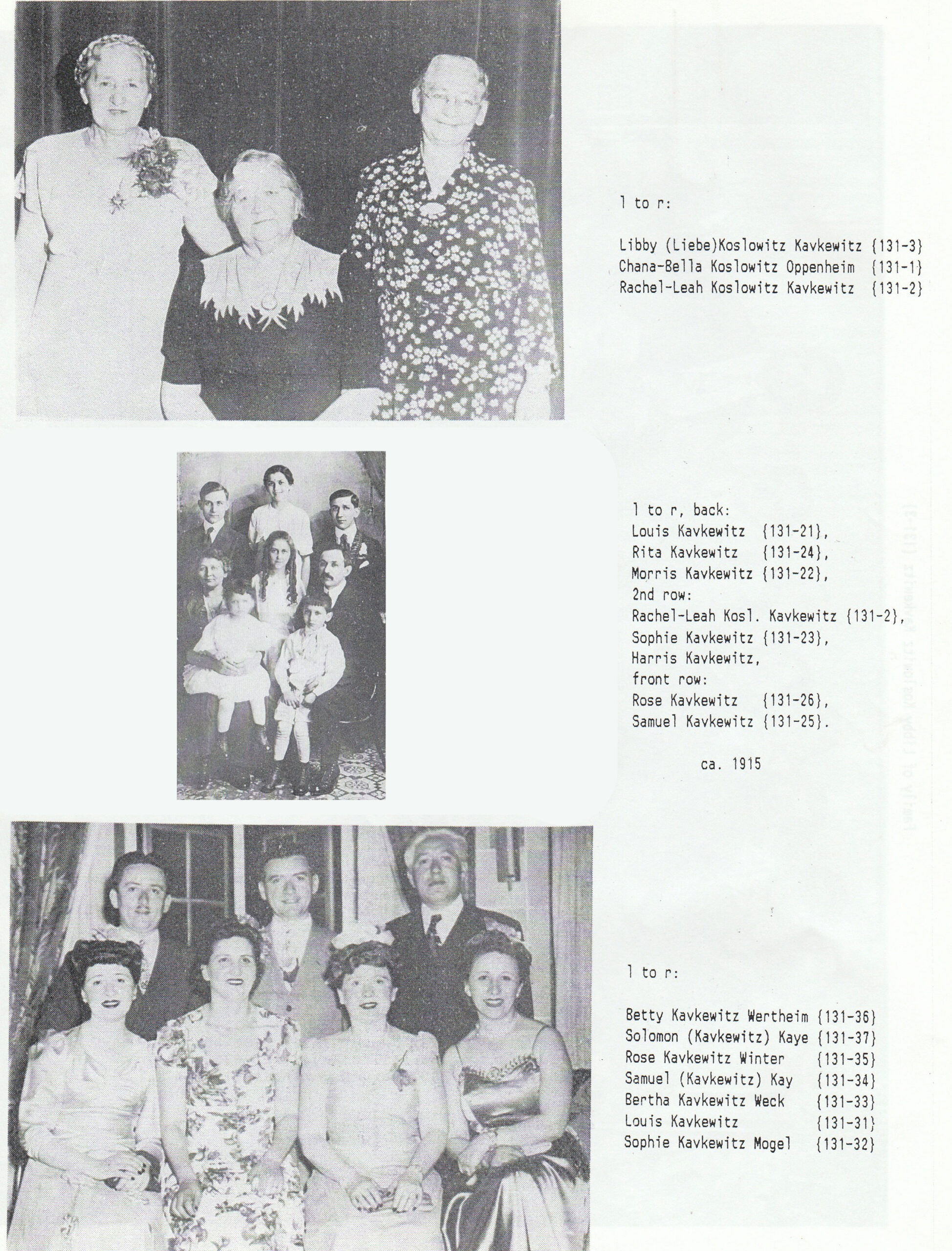 The organizer of the reunion weekend in 1989 put together a booklet all about the individual families that made up the larger group. These photos from the booklet show my maternal grandmother’s family.

There are those who think my irreverence makes me a bad Jew. I wholeheartedly disagree. A bad Koslowitz, perhaps, but never a bad Jew. After all, doesn’t God love free thought, debate, new ideas? I’ve got plenty of those. But what’s even better is that I have the fondest memories of and greatest respect for something that was very important to a lot of good people from the old days — people without whom I wouldn’t even be here. Those memories will never go away. That respect will never die. 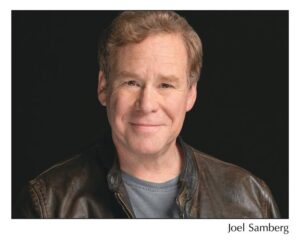 Joel Samberg is a novelist, journalist, playwright, and corporate communications consultant. His new novel, Blowin’ in the Wind, is available on Amazon, Barnes & Noble, and other online booksellers.