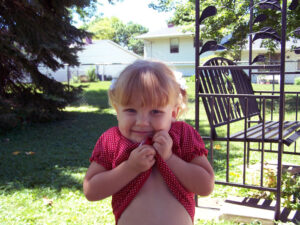 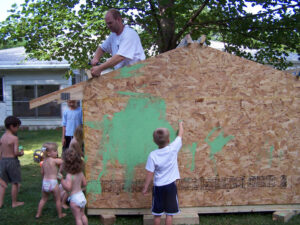 The family reunion was postponed indefinitely. Graduate school. Pregnancy. New jobs. New babies. Distance. However, the underlying reason resonated throughout each reason: Finances. Emails, phone calls and text messages expressed the sadness of not seeing each other. For some, it had been years since we’d been able to see our siblings. We simply mourned the situation but couldn’t see an alternative … until an unexpected solution presented itself.

Tossing some clothes and a cooler into the back of my Yukon, I decided to drive the seventeen hours with the kids to spend a few weeks with my parents. As soon as I was on the road, I called to tell them my plans. Since I was already traveling, my father wouldn’t be able to talk me out of making the drive as the only driver.

My brothers greeted us as we pulled into my parents’ driveway. Each lived within an hour of our parents and decided to join us.

News of the festivities spread. A sister assembled her children and belongings into her van, arriving a couple of days later. Another sibling joined us, which left only one sister not there. We gathered around the computer, searching for a cheap airline ticket and begged our sister to come at the last moment. 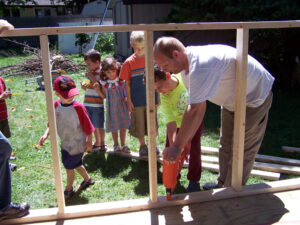 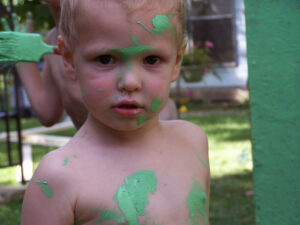 Having the original family of eight plus spouses and seventeen grandchildren (15 of whom were seven years old and younger) proved to be a challenge in a 1300 square foot home. With no formal plans, we brainstormed ideas to make our time enjoyable, allowing for plenty of activities for the children while providing adults with time to visit and catch up.

Grandpa solved the house problem by moving his fifth wheel to the side of the house. With the tip outs extended, he nearly doubled the living space of the house! Tents were pitched in the backyard for the older children who loved camping out in grandpa’s backyard.

Food became a major obstacle. Grandma solved the lunch dilemma by creating a lunch bucket. A large Rubbermaid container slid in and out of the refrigerator at lunchtime. It was filled with cold cuts, cheese, condiments; everything for a supreme sandwich. Another bucket contained cut-up fruits and vegetables. Still another contained food for breakfast, although we quickly learned the kids preferred baggies filled with cereal so they could run around.

Dinner rotated. Each evening we’d discuss the menu for the following day’s dinner. Lasagna. Hamburgers on the grill. We even shared some of our favorite easy recipes. Shopping was done first thing each morning, since there was only one refrigerator.

The execution of each meal was its own challenge. Henry Ford’s production line idea worked best, with each plate created equal. Children were encouraged to trade off what they didn’t want to eat. Paper plates started with a name written on it followed by progression down the line of food. An older child had the coveted role of waiter and carried filled plates to the outside picnic table.

Entertaining a flock of children proved to be the greatest challenge. We used the tried-and-true park trips, walks and traditional summer activities like water balloon and water gun fights. Grandpa always won when he pulled out the hose. The grandchildren squealed in delight when he went out to “teach them a lesson.”

Uncle Jared devised the best project, making a clubhouse. A contractor by profession, he arrived in his pickup, pulling his work trailer. Inside the kids found wood, nails, paint, paint brushes and plenty of power tools. They lined up to carry everything to the backyard, excited to be part of a big building project. They learned the basics of construction as they sawed, measured and hammered away. They even tried using the nail gun, with supervision, squealing excitedly each time it shot a nail. Before they put a nail in the wood, Uncle Jared let them practice shooting a nail into the soil.

Before the roof was added, each child stripped down to diapers or underwear and got his or her own paintbrush. Paint was in several containers around the clubhouse perimeter. The children, however, didn’t care about color; they enjoyed painting their new abode as well as each other!

Cleanup was a breeze. All green diapers and underwear were thrown away. Before getting a bath from grandma in a large basin in the backyard, each child stood at attention to be hosed off.

After the paint on the clubhouse dried, it was moved to its permanent position, and every grandchild placed a paint handprint on the side with a label stating his/her name and age.

Over the years, our family has enjoyed wonderful reunion trips: Rocky Mountain National Park, beach houses and camping excursions. We are planning the next one in Nauvoo, Illinois. Despite the thrill of expensive reunions, we all remember with great fondness the cheapest reunion of all. Through our impromptu event, when we struggled to entertain children and got under each other’s feet in limited space, we developed and renewed relationships. We visited, laughed and played together. That’s what family is all about. Time together. 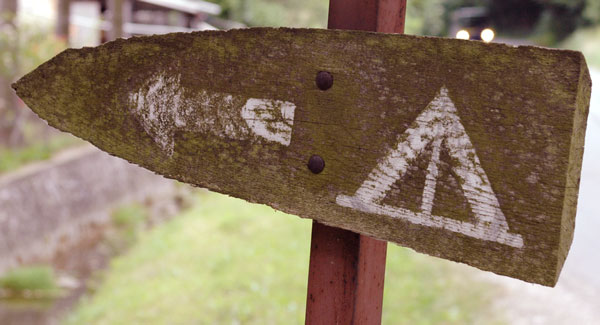 If your family enjoys camping, pitching tents or parking RVs at affordable campgrounds near natural attractions, it keeps accommodation and entertainment costs low. Shenandoah National Park, located in the Blue Ridge Mountains of Virginia just west of Washington, DC, offers hiking, fishing and bird-watching, as well as campground rates as low as $15 per night. Check out all the national parks info at www.nps.gov.

If some of your members do not sleep on the ground, many campgrounds now have platform tents with beds or cottages for rent. And most campgrounds are not far from a hotel or motel for those members who insist.

Sandra Davis of Round Rock, Texas, says the Echols-Henderson Family Reunion is a small group, but they have two and a half days of fun. They are campers and stay at Texas State Parks. Some have RVs, some have tents and some rent shelters. They max out the person-per-campsite and bring and cook their own food. They play bingo each year to pay for next year’s prizes and, in general, watch their pennies.

Weddles are incorporated as a not-for-profit organization. At the second annual reunion, officers were elected and they passed the hat, collecting $1.50, 20¢ of which went to purchase a Secretary and Treasurer’s book and 30¢ to the cost of announcement cards to be sent for the next reunion. That left a balance of $1.00 in the kitty.

Organized camping started at the 50th reunion. Using borrowed land, we began developing a campground and continued for the next 25 years. We installed electricity, water, a stage, playground, motor home hookups, lighting and much more. Not only did we add to the camp each year, but we also did the mowing and upkeep; many hours and dollars went into land that was not ours. The land we camped on was not for sale. Ultimately we voted to find and purchase our own campground land.

The 76th Reunion brought a glorious solution: 10 acres of local land for sale. Put to a vote at the business meeting, it passed overwhelmingly. Financial donations and pledges came pouring in. Eight months later we paid cash for the land and received the title. After two years of clearing and developing the land, we now have water, electrical pedestals on each campsite and a stage. The majority of the work was done by the oldest members of this fabulous family. It was a huge accomplishment.

Our first year of camping at our campground was a monumental event.
Reported by Bob and Jeannie (Weddle) Winters, Grant City, Missouri. 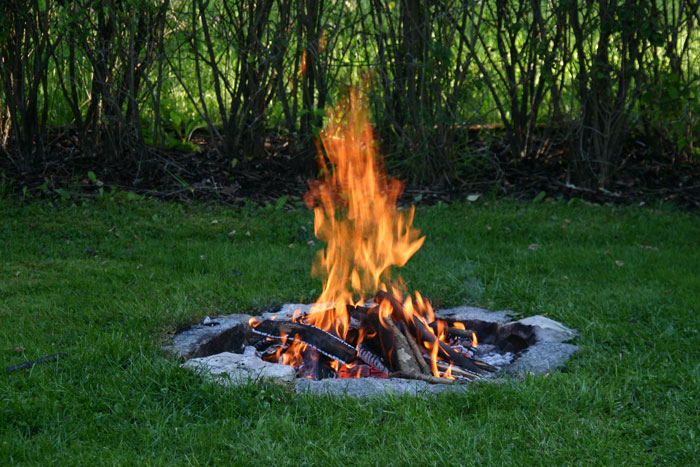 Get free firewood. Contact local tree services and ask if you can collect trimmed branches at their worksites. You get free campfire wood and they save on hauling and dumping fees.

Throw crystals on an open campfire, and the flames will burn in a rainbow of colors for about half an hour—perfect for adding a little fireworks panache on a bonfire budget. Be warned, though: a large fire might require many packets.

Research shows that a daily Green Hour™ improves one’s physical, mental and emotional well-being. This is especially important for children who typically spend too many hours a day in front of electronic media. Families and communities connected to nature raise healthier kids and inspire a lifelong appreciation for conservation.