Awesome new game! Wizards and Werewolves, a glowing outdoor fantasy game by Starlux Games
Wizards and Werewolves pits two mystical forces in an exciting backyard battle of speed, skill and wits. Action game of crystals and curses. Play Wizard and capture magical crystals that lead your team to victory. Or play Werewolf and defend the crystals until each Wizard is on your side. Ages 8 and up.
Getting hour reunion glow on … after dark
Evenings spent playing these games (for all ages) are sure to create memories that will last a lot longer than any time spent staring at a tiny screen. Starlux Games has leveraged classic games adding elements of strategy and teamwork that get everyone going and glowing… literally! That’s because every game set comes with glow-in-the-dark accessories, adding a fun twist to the action!

Capture the Flag Redux transforms a 70 year old classic into an action-packed experience for all ages. There are 12 different game modes, to allow anywhere from 4 to 20 players in on the glow-action, the game comes with 25 reusable glow game pieces, including light up bracelets, jail markers and two glowing orbs, which act as the flags! 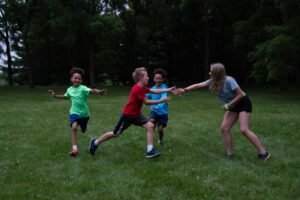 Glow Battle requires speed, teamwork and a lot of strategy. With 10 ways to play, from Gladiators fighting in the arena to Knights of the Round Table battling opponents, 2 to 20 players get their hearts racing and bodies moving in this action packed game. 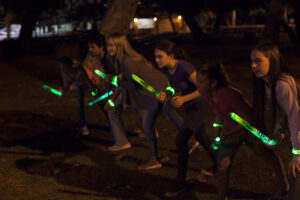 For more information about Games After Dark, visit Starlux Games.
Or return to reunion games here.