“I have a family, I have a family.” For 30 years Barry Johnson has been searching for clues to help him solve a mystery he has often wondered about his family.  Later in life, he learned that the mother he knew was not his birthmother.  The story began to unfold that his birthmother left him with a friend and neighbor soon after being discharged from the hospital, never to be seen again.  The neighbor became the only Mom he ever knew and while he adored her and appreciated her sacrifice, the sting of abandonment by his mother left Barry with a void of knowing his biological family. It hung over him like a rain cloud. Many years later, he decided to take a DNA test. What did he have to lose, he just wanted answers.  His results came and, of course, there were matches but he had no idea where to begin. So he didn’t.  However, one of his matches noticed his results instantly because there were 1, 2, 3…8, 9,…14, 15…wait, 18 other family members that Barry matched.  “Who is this person?” she wondered. “I’ve got to get in contact with him.”  She messaged him through Ancestry to make contact, hoping he would respond. It took a few weeks before Barry read the lengthy message that his unknown, newfound cousin sent.  He admits his nerves completely took over when he saw there was a message. He did not know whether to open the message or leave it unread.  He decided to open it.  Barry describes, “When I read what seemed to be a two-page message, I began to cry.  I could not believe what I was reading. Barry responded to the email and the next message that his DNA-connected cousin wrote simply read, “Call me. Here is my number.”

The initial conversation between Barry and his newfound cousin was emotional, exciting, and enlightening.  They spoke for hours, even patching in his cousin’s mother, Muriel, on the phone.  This added to the excitement and led to a full praise for the brick wall breakthrough.  While we were still uncertain of just how Barry was connected, without question with all of those DNA matches, we knew that he’s family … undoubtedly.

Fast forward to 2019 … the cousins have now been in contact for a year and this just happened to be family reunion year.  Barry planned to attend, but the closer August came, the more nervous Barry became.  He shared that he wanted to meet his family, but he also did not want to feel rejected; a deep-rooted feeling he had been all too familiar with for too many years of his life.

On August 16, 2019 Barry traveled from North Carolina to Delaware to meet his biological family; a family he had longed to find for over 30 years.  He describes the journey as a pure joyousness but he was also experiencing periods of anxiety.  When he arrived at the host hotel, he contacted his cousin. She gave him the time they would link up to walk to the family Meet-and-Greet together.  The clock struck 6:00 PM and she walked to his room to greet Barry and his wife.  As they were walking down the dimly lit hallway she noticed Barry’s tall, slim stature taking short steps while rubbing his hands together like he was an athlete preparing for game day.  “Ding!” signaled the sound of the elevator opening doors; there were three floors between Barry and the rest of his newfound family.  In the elevator, Barry admitted, again this time slightly teary-eyed, that he could not believe he was here and that he was really nervous and feared being rejected.  The cousins held hands while his wife rubbed his back, both touches were to reassure him that everything would be okay.

As the trio entered the room, family was already there chatting, hugging, laughing.  Barry’s cousin said, “I told you this is how we roll, no need to be nervous.”  She led Barry and his wife to a table where they would all sit together.  After a few other preliminary announcements, the time came for family introductions. Cousin looked at Barry and Barry looked at cousin.  She whispered, “You want me to help you?”  He responded with a teary-eyed nod.  Cousin went over to his seat and stood behind him, touching his shoulders for comfort.  She began the introduction, reminding the family of the background story about how they met and then turned the floor over to Barry.  He gave a brief follow up to the introduction and said he was happy to be at the reunion and was looking forward to getting to know everyone and to hopefully learn exactly how he is connected.  The family gave a hearty welcome to Barry and his wife.

For the past four reunions, Saturday mornings are the time when family delves into family history to teach or re-teach the attendees about the rich heritage of the Agee-Miller-Mayo-Dungy family.  On Day 2, Barry was opening up more, you could see the relaxation beginning to change his tense demeanor.  During the breaks cousin introduced him to more family members who were just arriving, finding cousins with common connectors to Barry such as military, Dallas Cowboys, fraternity, first time attendees, and especially to those who cousin believed were on his direct line. 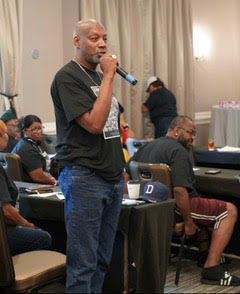 Barry speaking at the reunion.

During one of the workshop sessions we were taking a closer look at pictures and what they “tell us.” When the picture of who we believed to be Barry’s father appeared, we shared that Cousin Squeaky (James E. Miller from Long Island, New York) was his father due to analyzing the relation in the DNA matches.

Cousin Sharon slipped out of the session to make a few phone calls to two of her sisters, Andrea and Sylvia. Sylvia began to intercede in prayer, praying “ Barry into the family” . When Sharon reappeared, she asked if she could interrupt for a moment because she had important information.  She excitedly started yelling from the rear of the large room, “I’m on the phone with Andrea (her older sister) and YES, YES … she has confirmed that Uncle Squeaky is Barry’s father!  Uncle Squeaky IS Barry’s father!”  This meant that the messenger, Sylvia, and her siblings were Barry’s 1st cousins.  The quiet room erupted into thunderous clapping and shouts of joy.  Weak with sobs, Barry leaned against his chair to brace himself. Family wept with him. The family that Barry thought would reject him ran over and embraced him as he was overcome with emotion; another clear sign that he is ours. While the men in our family are strong in statue, virtue, and spirit they are also tender men who feel and love deeply.  Barry still choked up, managed to vocalize, “I have a family, I have a family.”

During the evening family photo preparation, now very comfortable and elated, Barry asked if he could say a few words.  His heartfelt expressions were, “Cousin and her mother said you’re family and cousin called or text every other day, they never turned their backs on me, and today….today… I received confirmation on who my father was.  Family, I embrace you all and I am glad and proud that you all embrace me.”  (see attached video).

I am Cousin, She is me … and Barry is family. 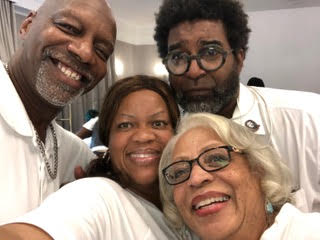 [stextbox]This article is dedicated to our ancestors who continue to speak to and guide us in our quest to connect and bridge the generational divide. Also, to Andrea Henderson-Yusif who gave her 1st cousin the greatest gift he could ask for, confirmation of his connection to his biological family. Sadly, Andrea (Ann) contracted and would eventually succumbed to the Covid-19 virus in April 2020. Ann, we forever thank you for “your reunion parting gift.” While she will not physically be with us for Reunion 2021, her legacy of connecting Barry to his family lives on. Eight months before her death, she gave life to a searching soul.[/stextbox] 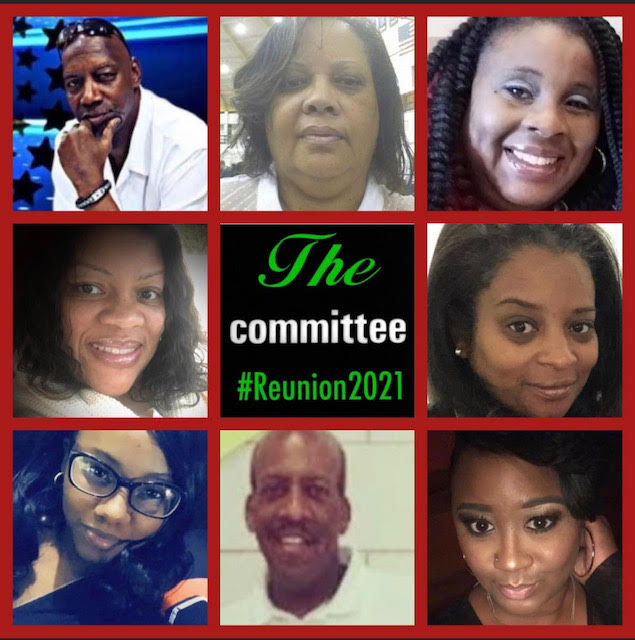 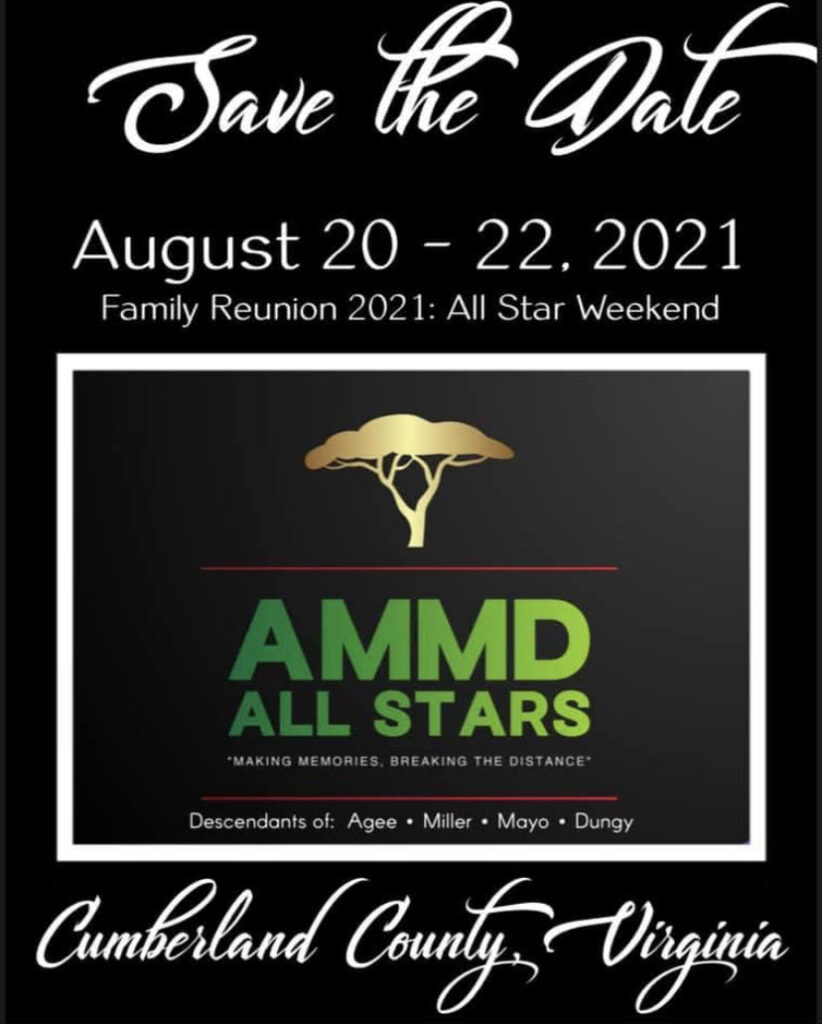