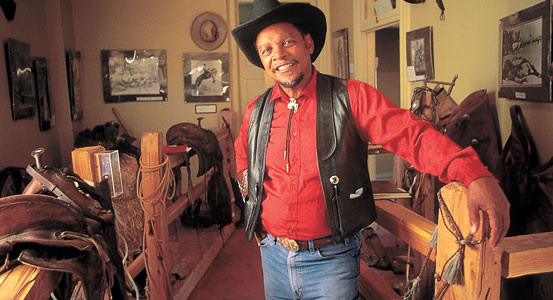 Nearly one third of all cowboys out West were black.

There were self-sufficient, all-black towns, populated by families who came West in covered wagons. African-Americans were some of the West’s earliest millionaires.

Blacks were military heroes, taking San Juan Hill with Teddy Roosevelt in the Spanish-American War. The museum says the all-black 10th Cavalry should be credited with that victory.