Growing up my family was big on family dinners and game nights. CLUE was a household favorite. Did you know that there are several benefits (beyond just having fun) to having regularly scheduled game nights?

Here are just a few facts about the benefits of the game night! 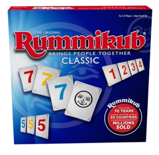 Rummikub and Pass the Pen are two great games families can get started with.

With more than 55 million units sold, Rummikub is one of the world’s best-selling and most-played games! 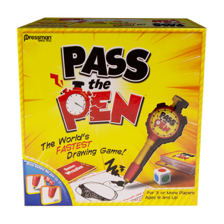 Pass the Pen is the world’s fastest drawing game because the pen tip disappears as you play! You’ll get 10 seconds to draw while all the other players guess. Is that a hamburger? A snowman? A sumo wrestler?