Every five years or so since 1959, the descendants of Henry and Helen Minton have gathered for a week-long family reunion at Elkhorn Ranch, a dude ranch just outside Yellowstone National Park. My grandparents, Helen and Henry, were huge proponents of the importance of family. Post-WWII, their four children married and scattered across the country, far from the family roots on New York’s Long Island. Each summer Helen and Henry made a point of arranging visits by their grandchildren to Long Island, but felt it was important for everyone to meet periodically. They chose Elkhorn Ranch in southwest Montana for the first reunion they hosted in 1959.

The ranch provided an ideal mix of togetherness and space for a family reunion. Each child’s family group was housed in their own log cabin. The whole family met for meals and activities on the ranch, forming their own little village for a family-focused week. Horseback riding, cookouts, fly fishing, hiking, and day trips touring Yellowstone National Park provided adventures for all ages. Over time, the ranch became part of the reunion tradition. In 1988 my parents—Henry and Helen’s son and daughter-in-law—bought the ranch when there was a chance it would be closed, allowing the tradition to continue. 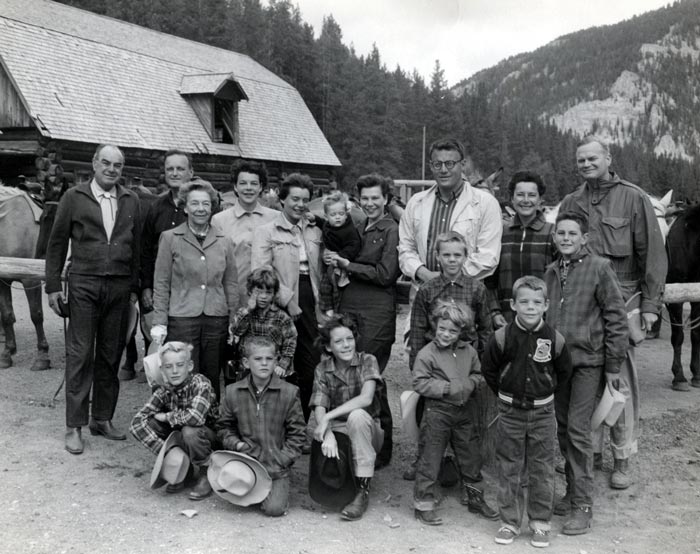 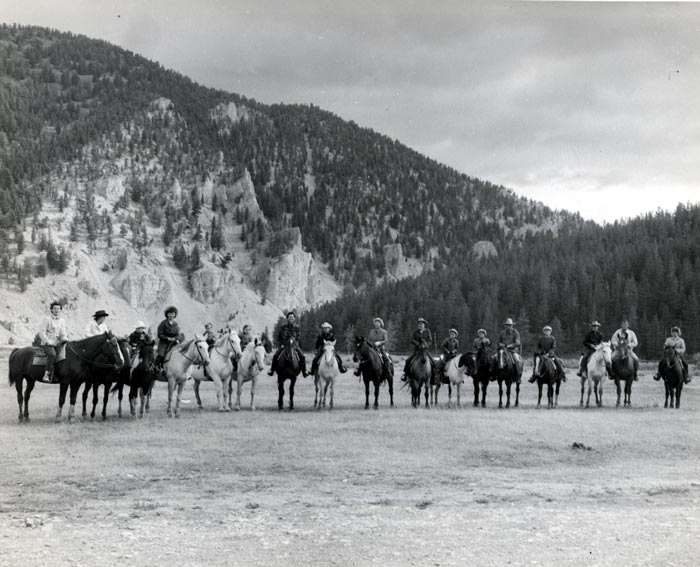 Henry and Helen continued to host reunions at the ranch through 2005, and many Minton reunion rules and traditions developed. Some were products of their time and have gone by the wayside. Early on, the teenage male cousins were taken to the barbershop on the way to the ranch to have their long hair cut! As the third generation grew into adulthood in the 1960s and 1970s, there was a requirement that formal engagements be announced before significant others could be included in the reunion.

Today, some traditions remain. Early at each reunion we gather for a service of remembrance and a formal time to tell stories about family members who have passed away. One day is devoted to a driving tour of Yellowstone National Park. After each stop, passengers remix into cars, giving everyone a chance to visit. At least one evening is devoted to singing and roasting marshmallows around a bonfire. There is one evening for songs and skits featuring the younger generations, often with a special presentation by the “Outlaws” – bonding those who share being married into the Minton clan.

There is ample time to spend on a cabin porch reading, or a chance for a great uncle to grab a pickup game of Ping Pong with his nephew. These activities provide the time for one-on-one and small group interactions. Family members reconnect across generations, and younger relatives, some meeting for the first time, form lasting bonds. The ranch staff organizes the practical aspects of housing, meals and activities, leaving family members time to relax and enjoy each other’s company.

Each reunion has a memento for family members who attend. Many years these were t-shirts or sweatshirts featuring the reunion date and the ranch’s distinctive logo. These are treasured and worn again at later reunions. In 2010 reusable grocery bags were chosen to highlight the family-wide commitment to the environment. Each time I go to the grocery store I am reminded of the great family times at the ranch.

By 2006, both Henry and Helen had passed, but they showed their belief in the importance of family by hosting one last reunion posthumously. In 2010 their 4 children, 13 grandchildren, 19 great-grandchildren, 2 great-great-grandchildren and their spouses gathered at the ranch. Plans are being made for Minton Reunion 2015. Helen and Henry would be proud to see the family working together to continue this 60+ year and 5-generation-long tradition.