Ever since Roots, I’ve wanted to trace my family history on any side. I got the chance by attending my mother’s Heard Family Reunion. Her mother was a Heard before she married Homer Jennings, a World War I veteran, and became Lois Heard Jennings. From that 48 year union came seven kids. There were Douglas, Gervis, the oldest Forrest, my mother Farris and three deceased siblings.

It took the death of my beloved Grandmother for us to learn that Heards had been holding family reunions for years. Leaving the funeral home following “Bigmama’s” homegoing, my wife ran into Linda Davis whom I’d known many years. When Linda inquired why we were at the homegoing, my wife told her because Ms. Lois was my grandmother. “Lois is my second cousin,” Linda said in astonishment. We had no idea we were blood kin!

Linda told us about the reunions and insisted we come to the next one in Birmingham, Alabama. My mother and Linda talked but initially Mom didn’t want to make the trip. She wasn’t sure there were many members of that family she still knew. My grandma was the last surviving member of her immediate family of 14 brothers and sisters. Her parents had long-since died and my Mom figured most of Bigmama’s nieces and nephews were also gone.

But Mom’s curiosity got the best of her. She asked me to rent a big van to take her and seven others to Birmingham.

Once she got there and talked with all the Heards, she was fascinated! She hooked up with a first cousin she hadn’t seen in over 50 years. The tears flowed. On the trip back home, all Mom could talk about was the next reunion in Camp Hill, Alabama, their hometown.

And so it was another van rental and a trip back to Mom’s roots. We toured Camp Hill, now just a few residents, saw the area deep in the country where their old house was, passed a five mile route they took to get to school and drove to the one room school building. Then, we went to a house my great grandmother, Pink Heard, built and owned. At one point, she owned over 100 acres. “Here’s the well I used to draw water from for my grandma Cindy,” Mom said excitedly.

The formal reunion picnic was at a delightful public park in nearby Alexander City. It was a serious revelation. There, Mom and Forrest met two first cousins, and plenty of seconds and thirds. We also discovered some absolutely incredible information. I discovered that Cincinnati Bengals player, John Copeland, is family. My grandmother’s first name was Mae but most older family knew her as “Sweets.” A distant cousin owns hotels in Albany, Georgia, and Montgomery, Alabama. Our family owns a profitable auto race track in Camp Hill. My granddaddy moved his family at least three times before finally deciding to leave the country for the bright lights of Atlanta in 1942. My cousin Linda owns a Tasty Dog restaurant in the old Curb Market downtown that’s doing a land office business…

Before the 2000 reunion ended, we agreed to have the next one at Albany, Georgia. The host will be Rev. Howard Heard, who pastors in nearby Leesburg. Some family members wondered about the connection to the family with Georgia roots since ours are Alabama. I think it doesn’t matter if the reunion is in Timbuktu. The important thing is family. As my Uncle Forrest said at the 2000 gathering,” I hope the younger generation will keep it up.”

About the author
By day Harold Lamar is a radio news journalist in Atlanta, Georgia. By night he is a freelance writer with contributions to the Atlanta Journal Constitution, Jet Magazine, Sports Illustrated, Black Enterprise and a column in a local weekly newspaper. 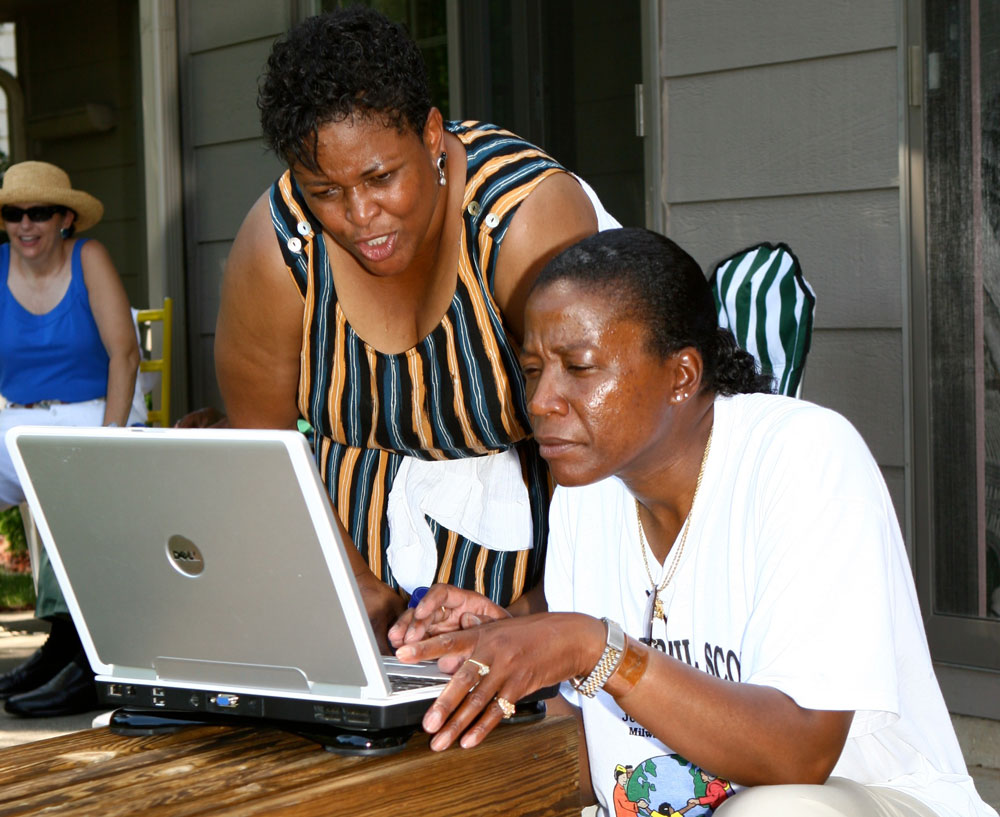