It is good to get together with family! Reunions strengthen the family. Reunions provide an opportunity for a joyous gathering of kinfolk. Family reunions are a time –

to honor family elders and our forebears
to remember those who have passed on
to encourage and support younger family members
to celebrate our heritage, share the family history and family stories to welcome new additions to the family.

Family reunions are medicine for the soul. They provide the perfect setting for fellowship and socialization with family, and time to enjoy some “good eatin’” and learn of the many talents, accomplishments and achievements of family members.

A family built on a solid foundation is like a tree – sturdy and strong, with deep roots, to withstand the storms of life. A tree might bend and sway, but that does not mean it will break. As enslaved people, our ancestors went through very difficult experiences. Personally, I take inspiration in their strength and fortitude. Had they not survived, I would not be here.

In attendance at this special family gathering were Neal siblings Carey, Jesse, William, Solomon, Eleazer and Eliza. Charlie was unable to attend for health reasons, and this was the last reunion attended by Carey and Eliza. Also attending were descendants from other Neal family branches.

Vikki (Johnson) Day and Allison Johnson (William Neal branch) led planning for this tradition-setting Millennium Reunion. The reunion started in 1999 when family gathered in Winnsboro for the homegoing service for William Henry Neal. Following the funeral service family members talked about how we need to gather for a happy occasion. Thus, the idea to hold a family reunion.

Members of the Charlie Neal branch led reunion planning. The initial issue of “The Neal Connection,” the family newsletter, was compiled and edited by Carole Neal. 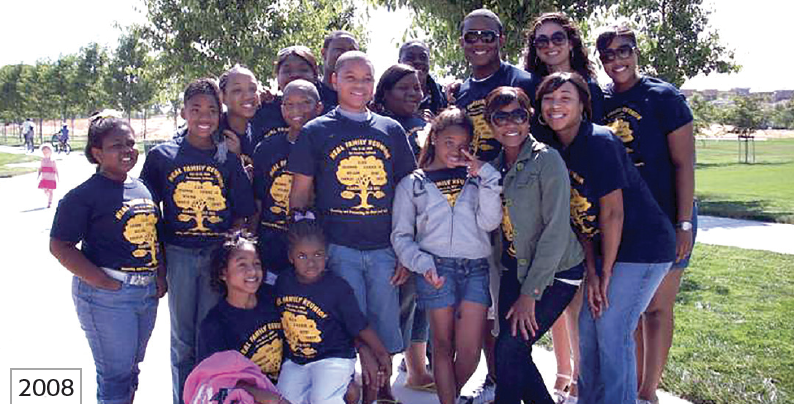 Carole Neal (Solomon Neal branch) led the reunion planning. The Friday evening banquet included acknowledgement and recognition of Young Family Achievers. The banquet program included a candlelight memorial; young family members from each branch participated by lighting candles representing each family branch, as the names of those who had passed away were read. The Sunday worship service and farewell dinner were held at the historic Macedonia Missionary Baptist Church in San Francisco, pastored by Rev. Emmett Neal (Jesse Neal branch). 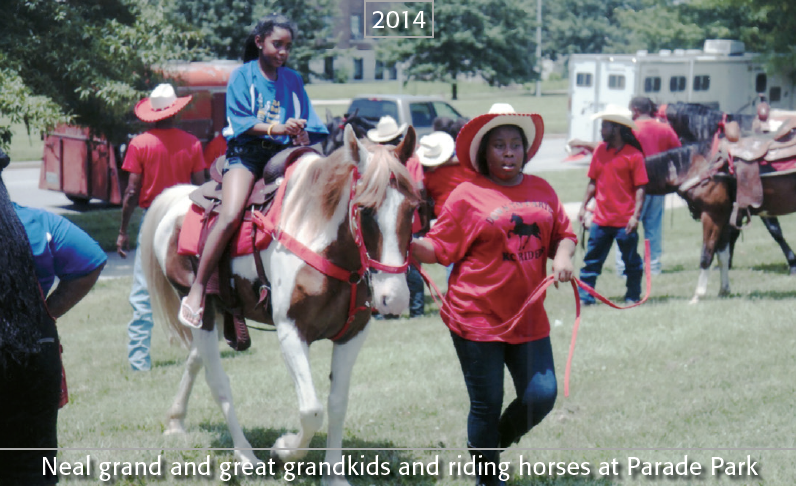 Merideth Parrish led planning for this reunion. Family members were grouped into four teams (blue, green, purple, and red) for challenge games and other activities. Teams chose names: The Redeemed and Royal Blue Team, Team Money! The Purple People Eaters, and Team Red Light. Saturday, following a presentation by the Down to Earth Riders, cousins of all ages had a grand time riding horses at Parade Park

Monica (Neal) Russell (Carey Neal branch) led the planning for this reunion. The Friday banquet’s theme was “A Night of Elegance.” Family members came dressed in Black and/or White attire. Presentation of achievement awards and a surprise performance by Gladys Knight & the Pips (aka Cousin Tan, her husband and two sons) were the highlights of the evening! There were a number of fun activities at the Saturday picnic. The Sunday morning worship service was uplifting and comforting. The Neal Family Choir sang beautifully. We are still “enjoying” the reunion through photos and videos.

A personal note: It is wonderful and gratifying to see how members of the next generation have stepped up to take on the planning of Neal Family Reunions. Planning a reunion is a monumental task and all your hard work is so very much appreciated. Thank you to all who have volunteered to help in the past, and will volunteer to help in the future. Participation by all age groups helps to ensure that each reunion is enjoyed by everyone.

Carole Neal, Castro Valley, California, author of this history, is daughter and second child of Solomon Louis and Fannye Deborah (Seals) Neal, and one of the Neal Family historians.